Jack Dekens is a 60 year old retired father of 5 (girls!) with a heart for adventure.  In July of 2014 he circumnavigated Canada solo in his Cessna 172 covering 16,300 km in about 30 days.  He is a man who loves a good adventure and is not afraid to dream big and just go for it.  He is also my father.  Here is an interview that I had with him. 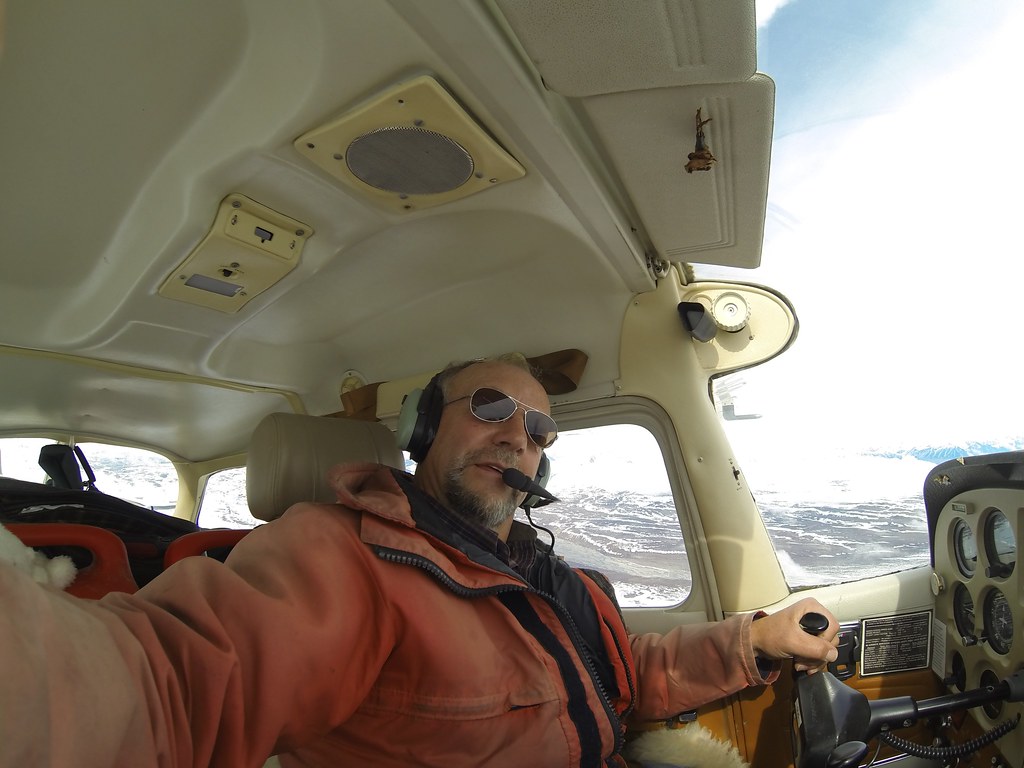 {Between Cambridge Bay and Resolute Bay} 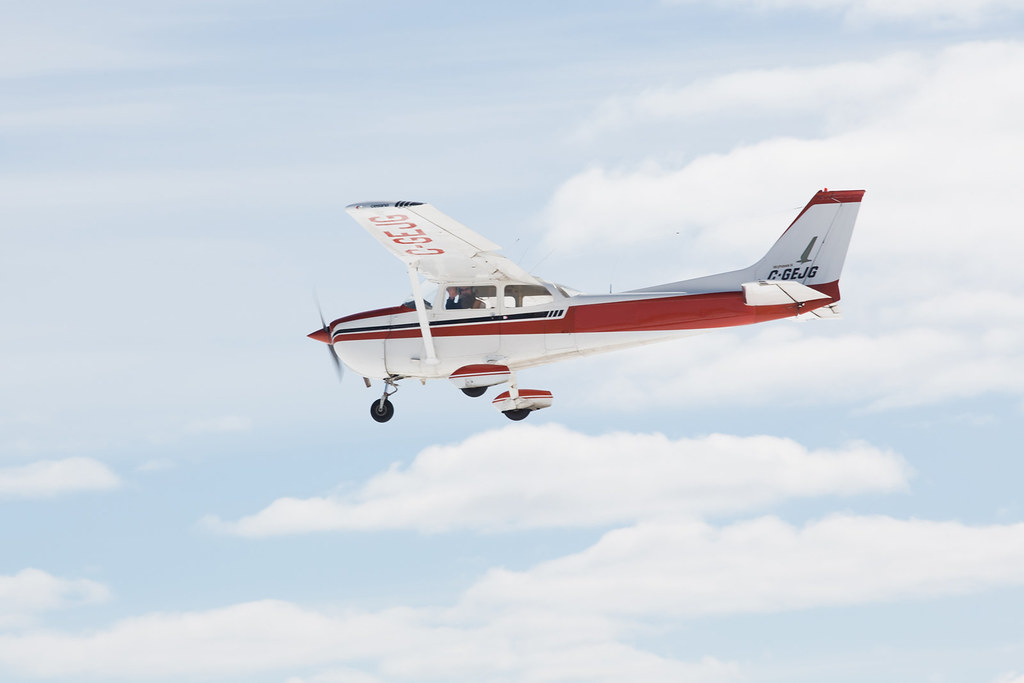 Why did you decide to fly around Canada?

There are three reasons really.  As a kid, I loved learning about the history of the Northwest Passage and the Franklin Expedition so I wanted to see it in person.  Secondly,  I love adventure.  It started with a 13' Zodiac trip around Vancouver Island in 1990 and then in 2010 I took a jet ski from Vancouver to Skagway, Alaska solo.  I enjoyed it so much I ended by circumnavigating Vancouver Island which was about 4300 km total.  The third reason is that I wanted to see if it would be possible to eventually use a jet ski to do the Northwest Passage so I would first do it from the sky. 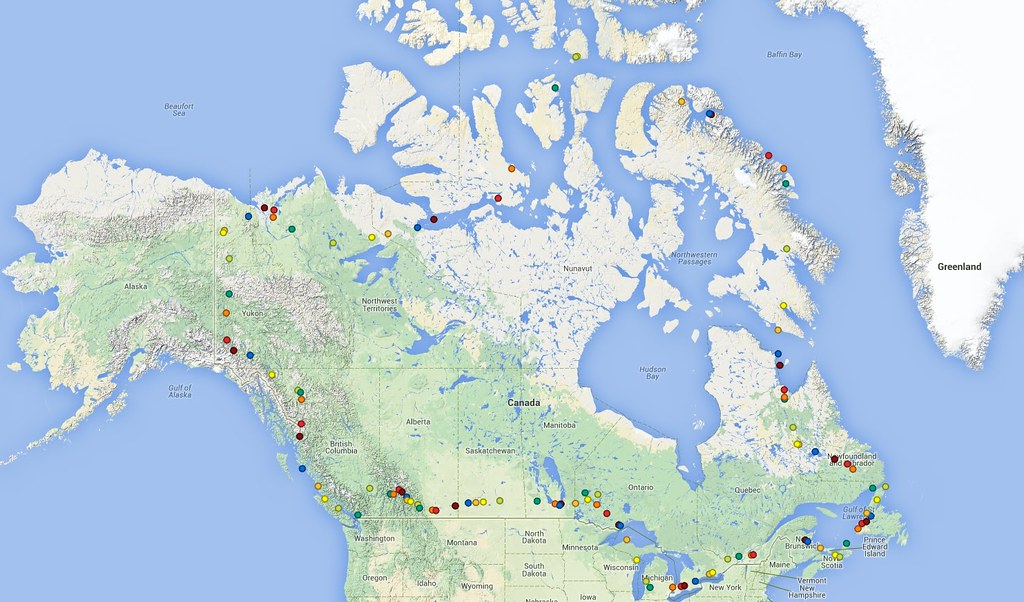 What sort of preparation did you need?

There were many different steps that needed to be taken to prepare for a trip like this.  First, I had to get my private pilot's license through Principal Air.  Their inclusion of grass and gravel landing strips was invaluable.  Then, once I knew the trip up north was in the plans I had to take `over the top training' which is above the clouds, instrument and night training.  I also did underwater egress training at the pool because I would have to fly above a large body of water.  Due to the polar bears up north, a friend who had already lost a researcher friend,  insisted I accept his gift of a 12 gauge Defender shotgun.  Therefore, I had to get my hunting and gun safety license. 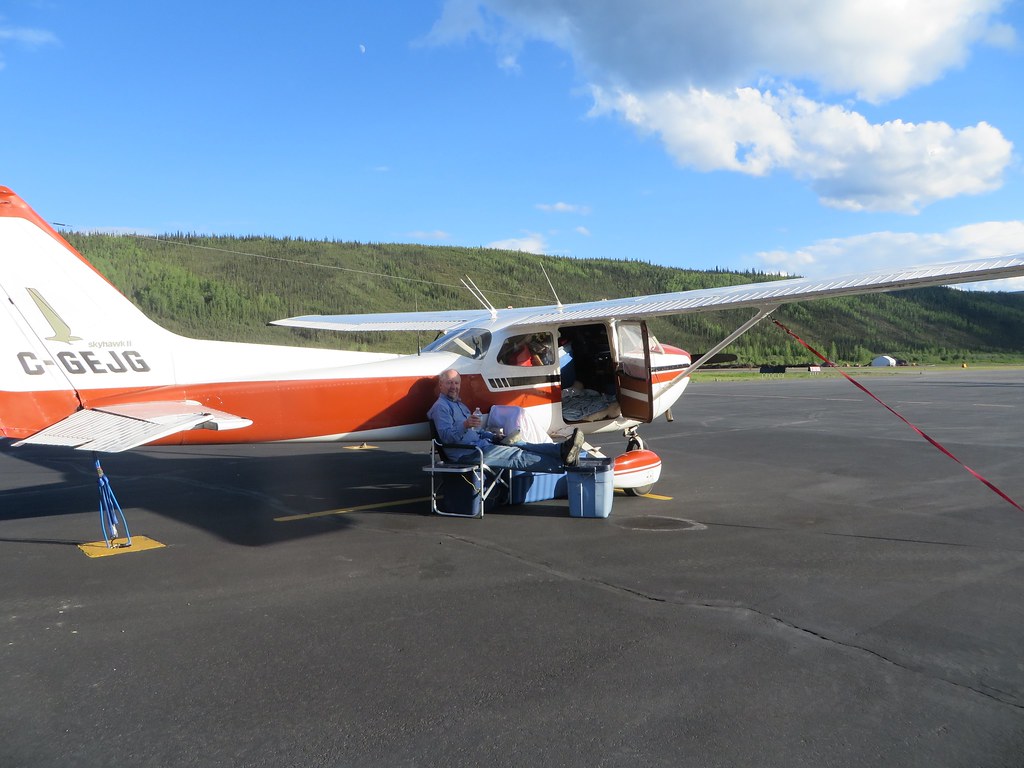 When I bought my plane I had to find one that had a long range tank.  There is no aviation gas for non turbine planes in the arctic circle which is a huge area.   With help from others, including Kenn Borek Air,  I made a connection to a private stash in Resolute Bay.  I also had to order a special funnel to remove impurities and plan to have oil sent up to Iqaluit.  The plane needed some updates on it to make it safe for a trip like this.  I had a new factory motor, propeller and batteries put in.  A new exhaust system increased power and cruise range.  I upgraded my electrical system to facilitate running the iPhone, iPad, and charge the cameras.

My wife, Joanne, made bright yellow wing covers for the low temperatures up north.  This colour would also be easier for Search and Rescue to find me in the event that I was forced down. 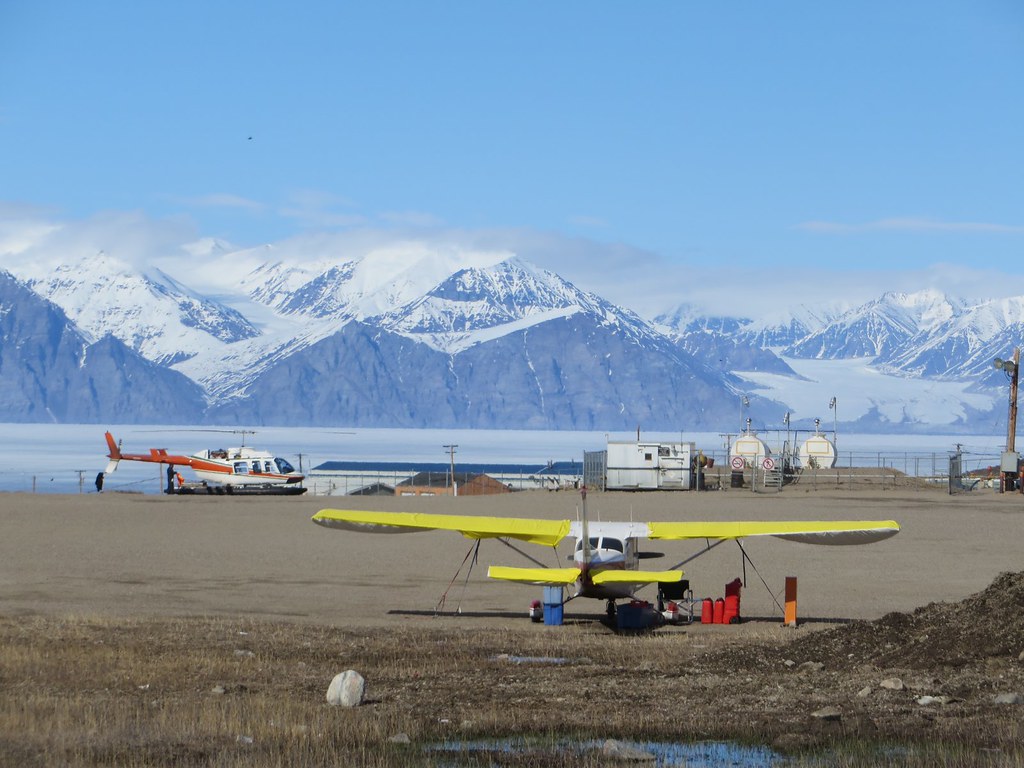 I had to call each airport that was supposed to have gas available and confirmed that with them.  I ordered maps to work alongside my ForeFlight program and rented a satellite phone (a necessity along with my SPOT device)  for filing flight plans as the arctic is a military zone.

Finally, I needed to decide what to take along.  The plane had to be as light as possible so I removed all of the seats except for one.  I had 5 Jerry cans of gas, two sheepskin rugs (for comfort during the flights and then to sleep on at night),  freeze dried food, canned fish and a stove.  Instead of a sleeping bag, I just brought a very warm down jacket.   By the way, freeze dried breakfasts are better than the dinners. 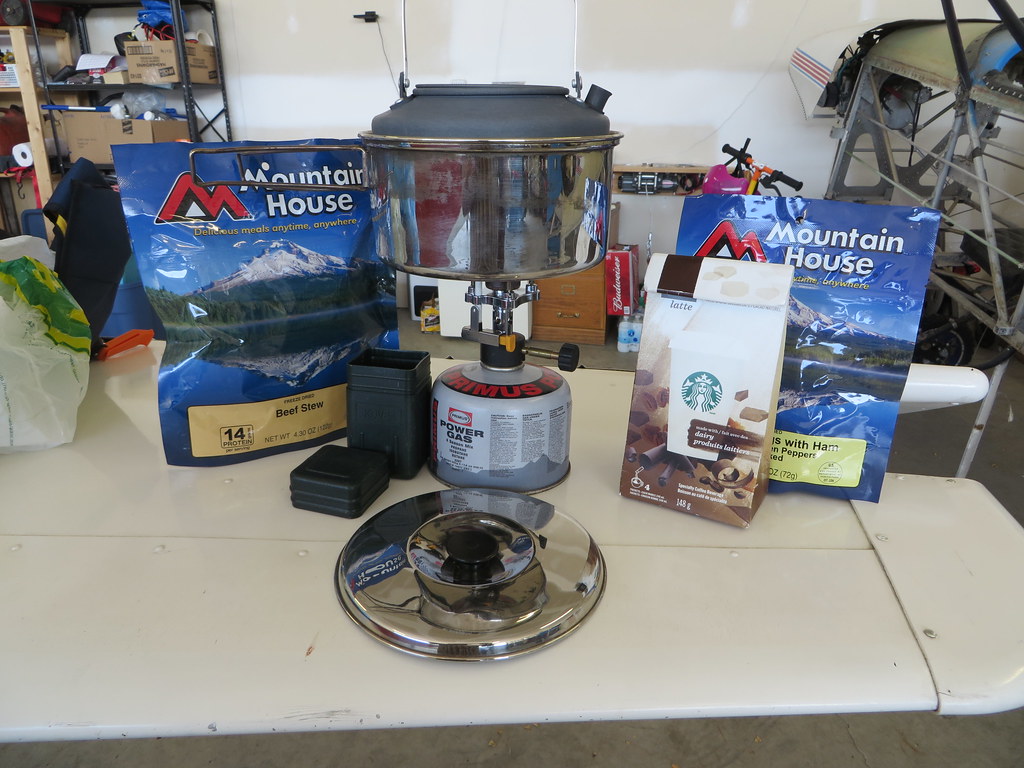 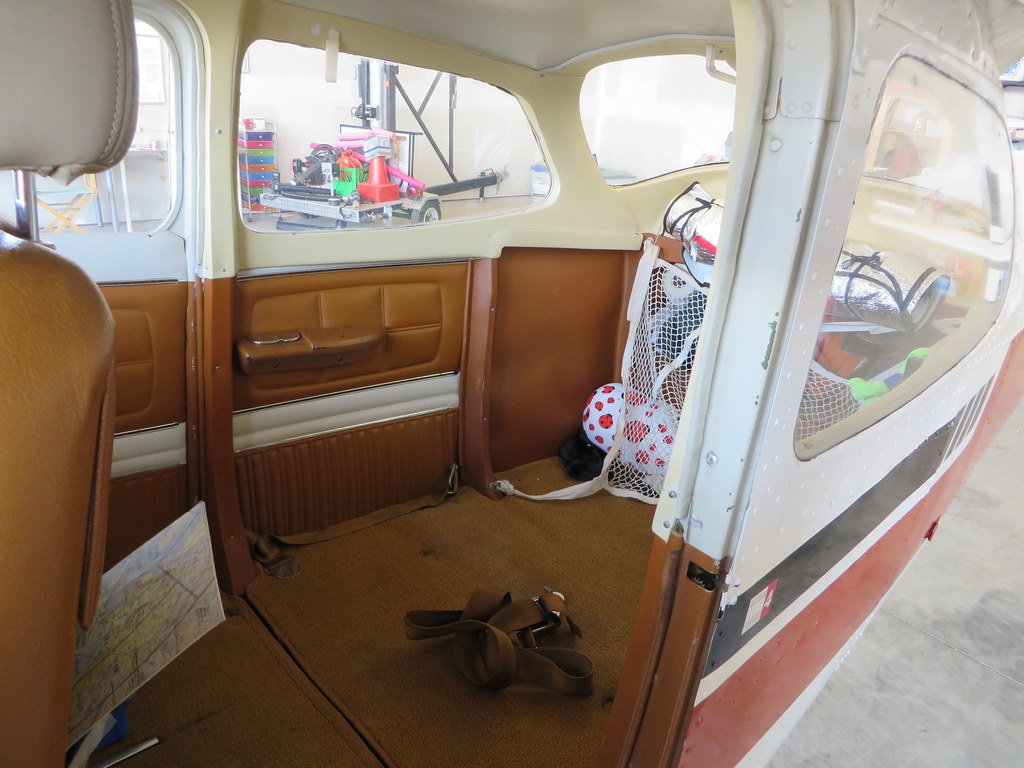 What are a few of the most interesting things you learned along the way?

I learned about the Canadian Rangers program which is part of the Canadian Armed Forces and is a volunteer force made up of Inuit, First Nations and Metis.  They work as Search and Rescue and are very proud of what they do including teaching the Armed Forces personal survival and stealth skills, and in turn, the Armed Forces provide them with weapons and electronics like GPS's.

The term `Flow Edge' now conjures up images of narwhals, seals, and bears rather than just a bit of water between the shore and the ice.

I found it interesting that the government invested a lot of money to install an underground water line up in Pond Inlet, Baffin Island, for it to just freeze the first winter.  Water and septic are delivered by truck weekly and also removed the same way (separate trucks!).  Nothing underground. 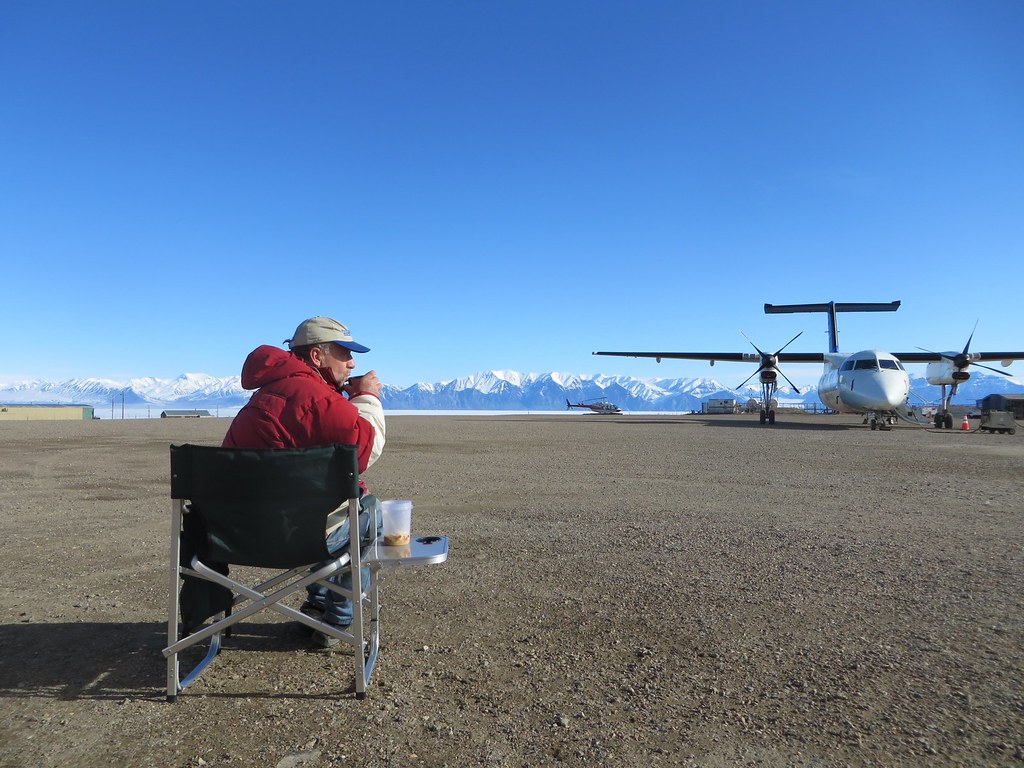 I realized that the aviation world is small,  not only up north, but throughout Canada.  They all know and help each other.  Borek Air and Nunavut Air engineers assisted with information and helping to 'dress up' the propeller which was pitted by the 20 or more gravel runways.  Pilots invited me into their homes.  Airport managers in Nova Scotia knew my aviation friends back home from their days of early arctic aviation's Bradley Airlines. The stories flowed.

Finally, I was very surprised to see that new cell phones don't work up north.  No 3G or LTE.  The compass does swing wildly the further north you go so reliance on GPS becomes the primary navigational tool. 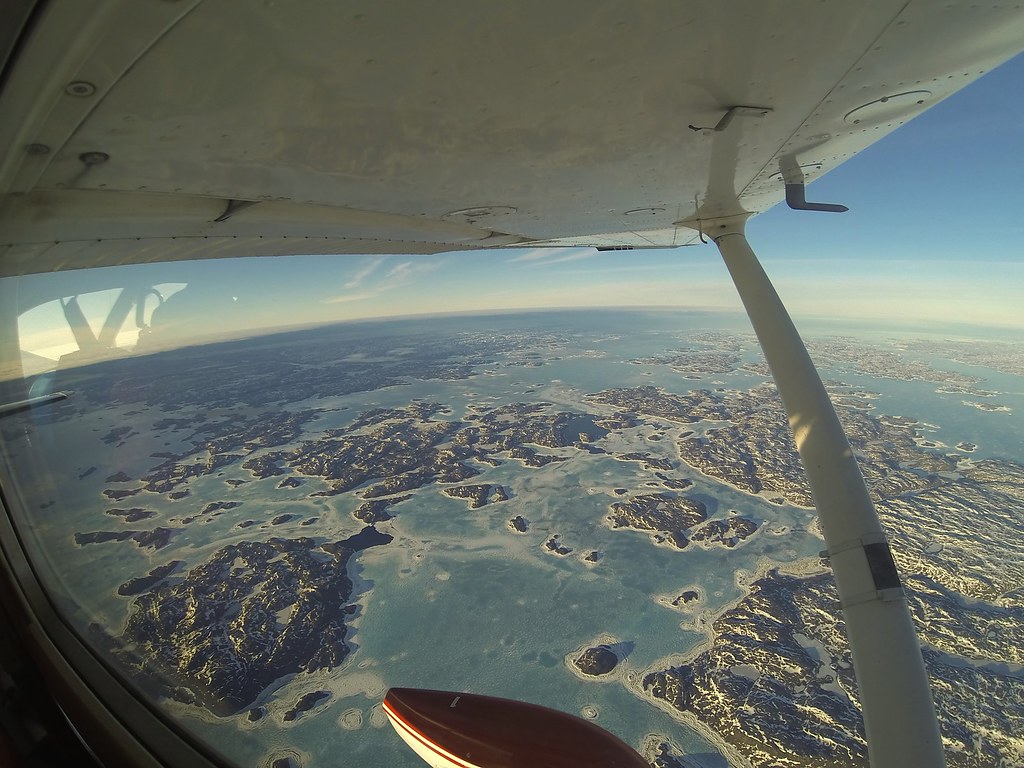 
What was the scariest moment?

There were a few moments that made me nervous.  First, I had a notification that they ran out of fuel in Frobisher Bay. It was my next stop and I needed to top up all of my tanks there in order to make it to Quebec.  I didn't want to wait several weeks for the ice breakers to bring in the gas.  I ordered a barrel of gas ($1300!) to be flown in.  Once I arrived, I found out that the regular fueler, whom I had been speaking with prior to my starting my trip, had set one tank aside for me.  I didn't need to pay for that expensive barrel of fuel and it was just $350.00 instead. 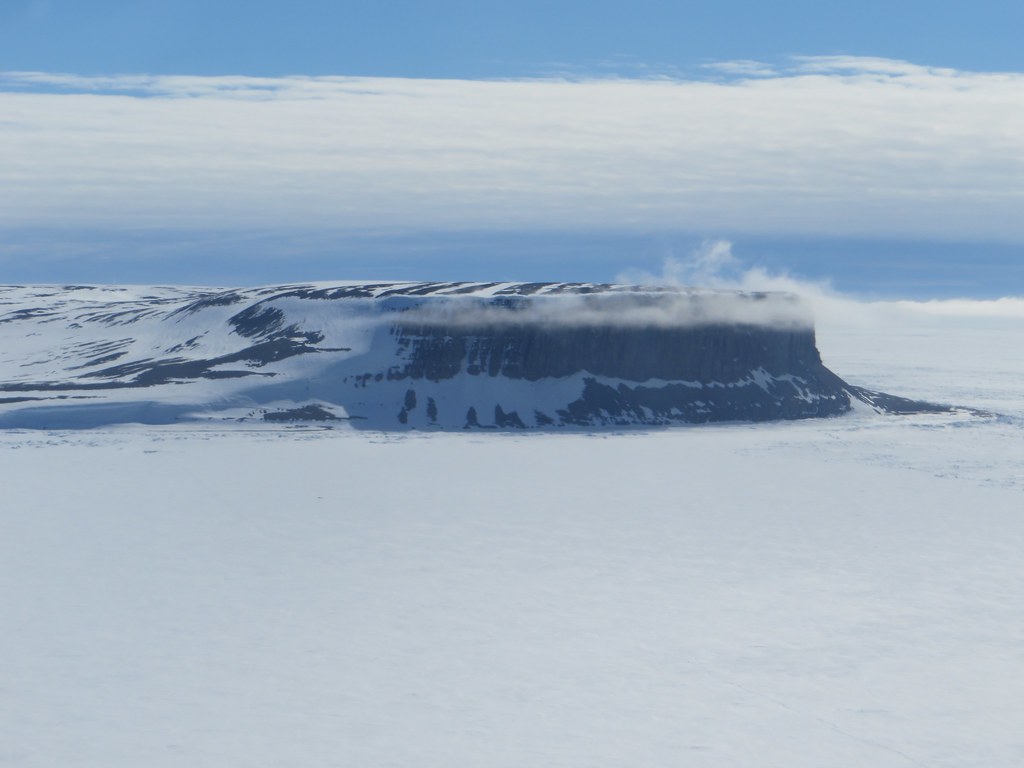 {Resolute Bay where the Franklin Expedition spent their winter}

Weather is obviously a big concern up there and as I was coming into Resolute Bay, and past the point of no return (not enough gas to return!), I was notified that the weather deteriorated and the cloud dropped to 400 feet.  It was recommended not to land but I had no choice.  I had to land using technical skills and not on sight as it was almost all white (the clouds and ice). 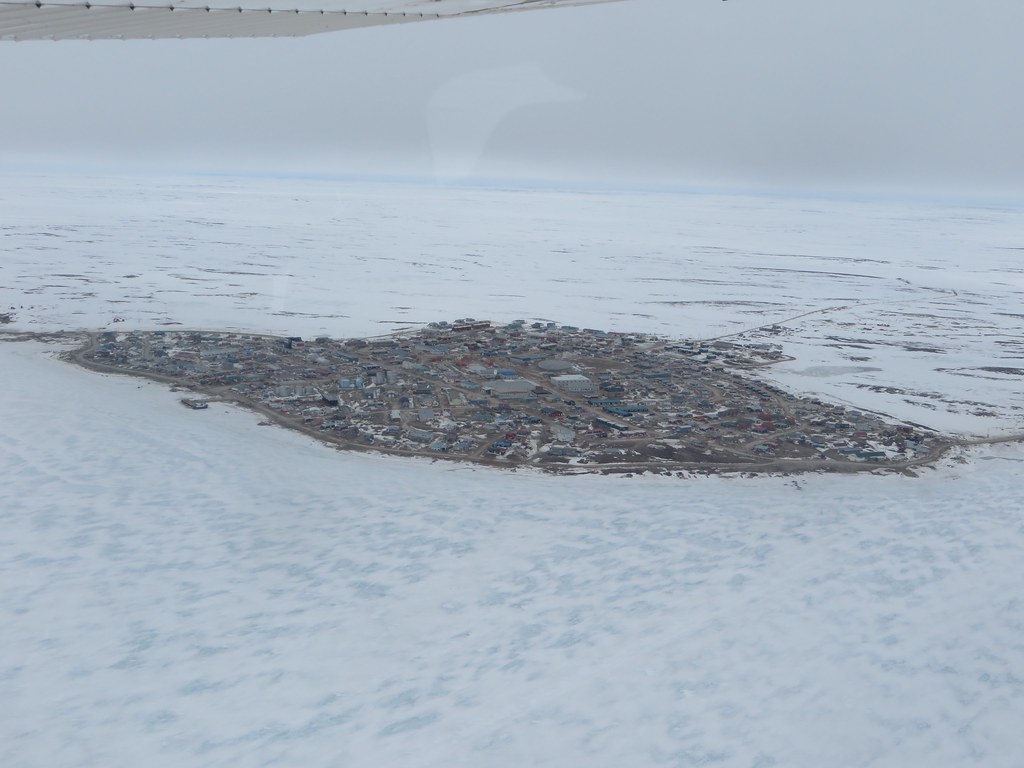 What would you do differently if you did it over again?

If I did it again, I would plan to have more fuel caches up north so that I could do a little bit more exploring.  Once I was up in Resolute Bay there were many recommendations of where to go which included further north.

Also, some smaller changes would be; go in August as it's warmer, bring an older cell phone,  try out the opposite direction, use a shelf rather than a hammock to store things in the back of the plane, and find something other than Garmin for tracking. 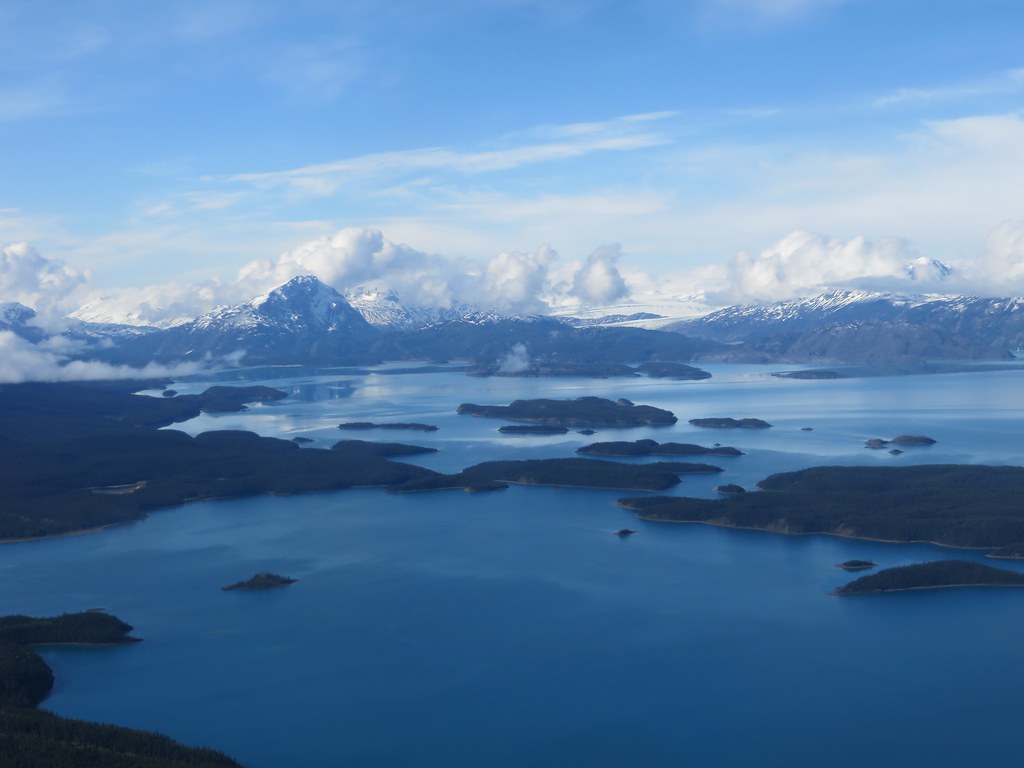 {Northern BC area}
6.  What was your favourite place?

I can't choose one but I especially loved; Northwestern BC (Atlin),  Whitehorse, Alaska, Pond Inlet/Baffin Island and the Maritimes.  I sure love Canada and we are so blessed. 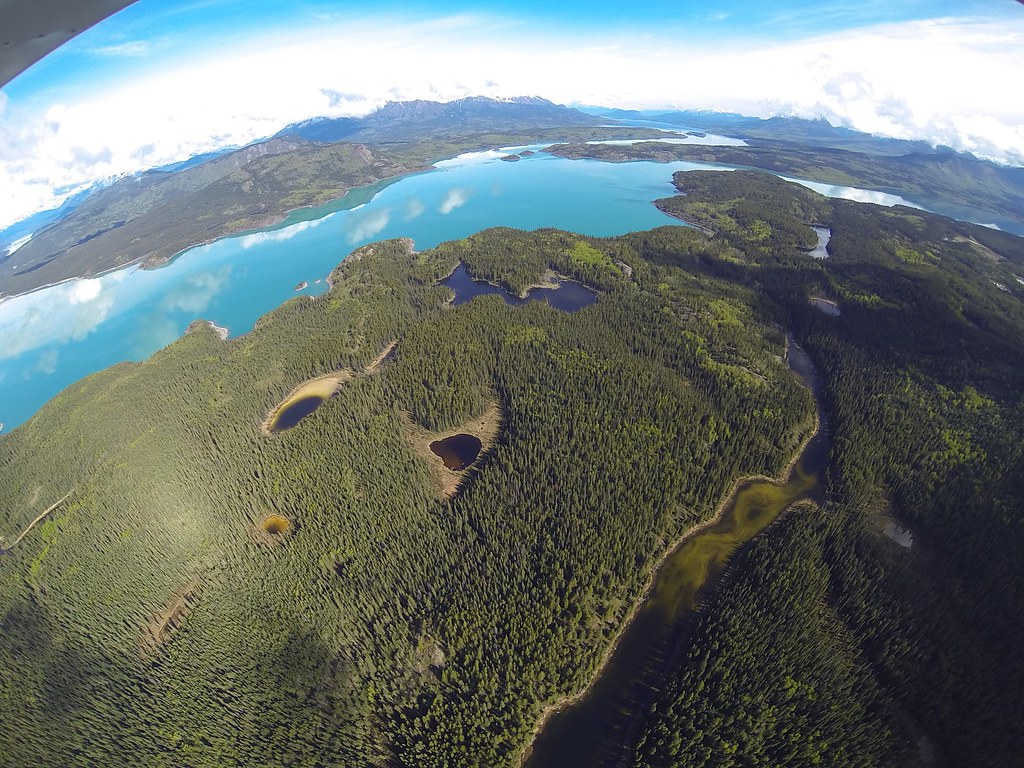 {West coast of BC}

7. How much does someone spend on gas for a trip like this?

I would like to volunteer for Hope Air. They provide flights to those in tough financial situations in order to get the health care they need. Another organization would be Angel Flight. They provide free of charge transportation for cancer patients in areas from Port McNeil to Hope, B.C.  If anyone needs a break from cancer treatment, let me know.  Nothing takes your mind off of reality like a flight through the mountains.
Other thoughts include snowmobiling from Cambridge Bay near where Franklin's Ships are to Resolute and Iqaluit.  Or, maybe a trip around South America.  Or...I just want to remain healthy enough to continue to fly.  If anyone has any other ideas, I look forward to hearing them.

And now, after all of those miles, gravel strip landings, fuel burn calculations and flight plan filings, maybe my kids will fly with me!  I want them to see what I saw and maybe catch the flying bug. 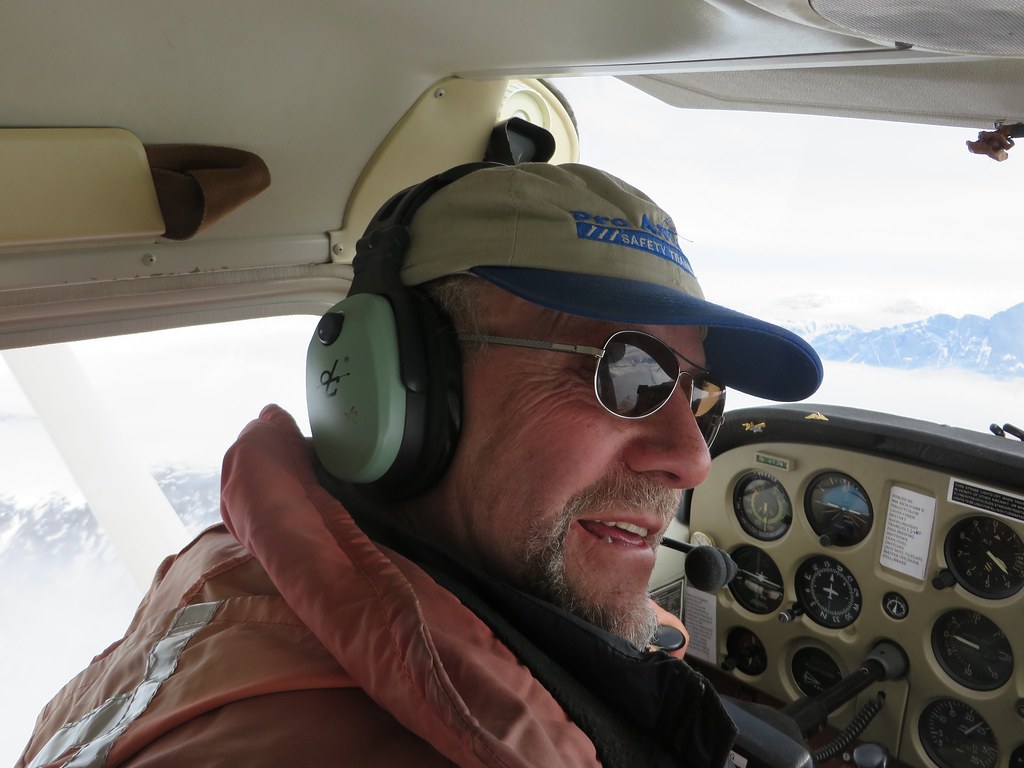 9.  What advice would you give to others?

Dream. Plan. Plan some more. Ask around.  Listen. Do it.  We're not getting any younger or healthier with age.  Just make sure that you don't put anyone else at an unnecessary risk like Search and Rescue having to go get you. 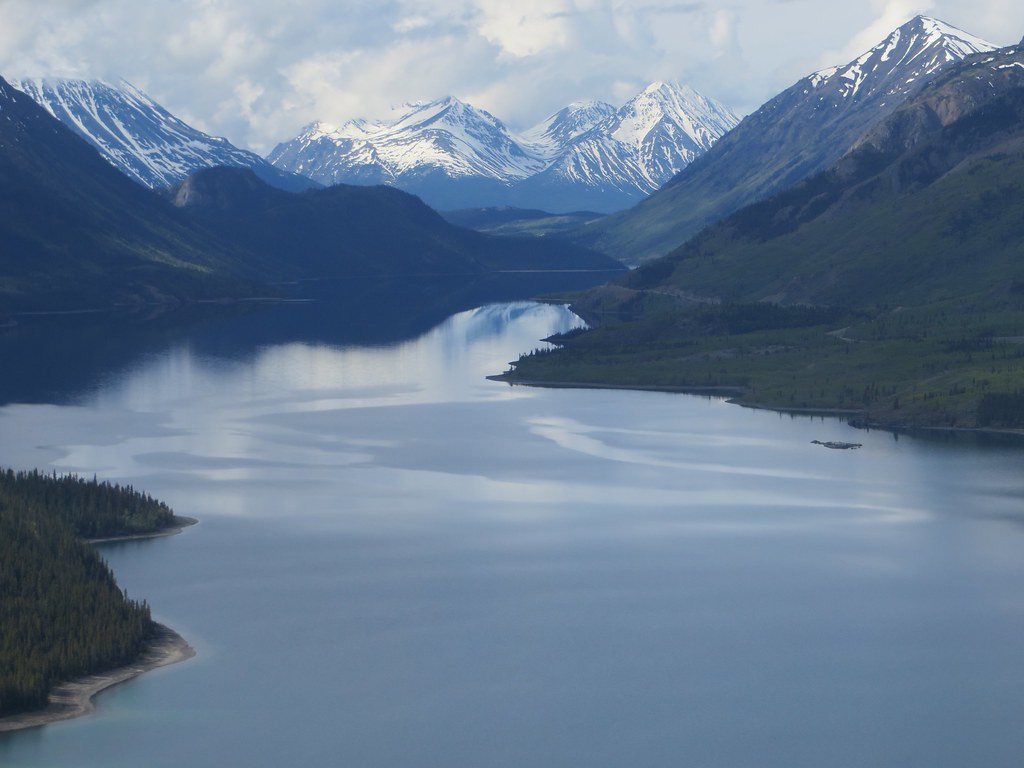 If anyone is interested, Jack is preparing a Power Point presentation for ground school classes and any other interested groups.  You can also see some blog posts from his trip here.  You can also reach him at cessnajack@gmail.com.   I should mention that I have finally flown with him and although I felt safe, I definitely did not catch that flying bug. For now, keep dreaming and doing!